Below is the link to an astounding video interview with independent journalist James Corbett, who is based in Japan.   I had never heard of him before lightwins post about Benjamin Fulford here today.  In this 2-part, half-hour interview he and his interviewer cover an amazing amount of ground regarding the depth and breadth of the mechanisms that the NWO parasites are using and have used for a long time, to achieve their ends.  It's a short in-depth summary of the big NWO picture.  Brilliant.

It amazes me how little most of us who know something about this thing, actually know.  The scope of it is absolutely incredible.  Years ago I put the wish out into the universe that I would come to know what's really going on in the world.  I think many of us did.  Holy crap, did we get our wish granted!

I wish I could embed the above video here.  Does anyone know how to embed videos?  I'd love to learn how.

Thanks, Bob and Chris, for these videos.  Uncovering the NWO conspiracy is like peeling an onion.

I have noticed a significant difference in the public school education I received as a child and that which my kids received.  Despite being very intelligent (one of them graduated Magna Cum Laude), they couldn't recite basic things I knew about Science and History -- which aren't even my strong subjects!  One of my frequent comments to them was, "What are they teaching you?!"  I thought their substandard education was due to classroom size and budget cuts.  I knew that Bush's "No Child Left Behind" was a stupid idea, but I had no clue this "dumbing down" process was a part of a hidden agenda that has been in place for decades.

As for embedding videos, Bob, I think it's just a matter of clicking on the film icon on the bar above.  Personally, I prefer a link rather than an embedded video.  When my video connection is slow (due to high traffic), it's much simpler to watch videos from a direct link to Youtube.  On Youtube, I can adjust the settings to 240p for a faster download.  (When it's embedded here, I have to double click on the video to load the one on Youtube, then come back and pause the embedded video here on G-spot [which begins to play after I've double clicked it, so both videos play at the same time]).  Pain in the derrière !

Nope, didn't work.  It may be that my Foxfire Web browser doesn't allow it.  (I'm also using Ubuntu [Linux] as my operating system.)  So, I'll just continue to use links.  I'm glad you prefer them.

For DOS side users, use the right click feature on your mouse (I know there's a way to do this on the MAC side too now) and open either link or embedded video (lower right corner of viewing area takes you to video in YouTube) in new window.  Then close when done and you are right back at original window in G-Spot without having to page back and forth...

Another take on things:

The Real Truth About the Mideast Takeover 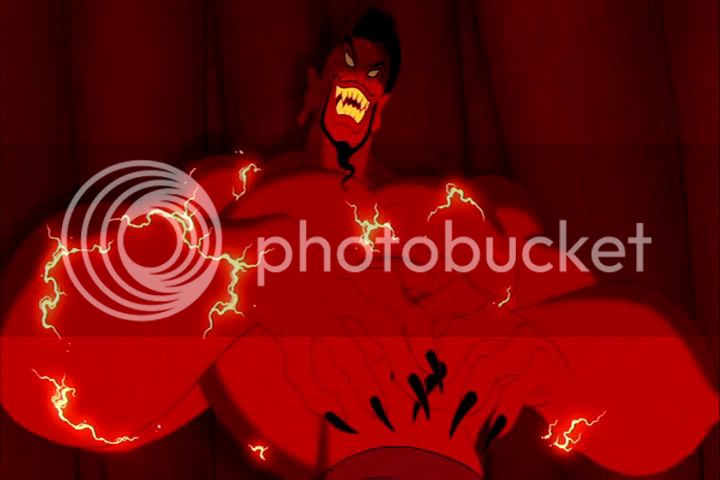 Is the Genie out?

The uprisings in the Middle East, including mainstays Egypt and Libya, that have captured the world's attention, are quite the phenomena.

True history has shown us most revolutions and uprisings are anything but "spontaneous". From the French and American Revolutions to the CIA overthrow of Mossadegh in Iran and Allende in Chile, uprisings, like wars, have been a mainstay of Illuminati controller manipulation to further their long term ends.

It appears, however, that while the original instigation of this massive outcry may have been engineered by covert 'agent provocateurs' sponsored by the US and an alphabet soup of agencies, they may have unwittingly let the "genie" of the human spirit out of the bottle.

Let's hope so. But it's healthy to be wary of the pattern.

But you also know the Illuminati "steering committee" is all over this one. Their puppet Egyptian "anti-dictator" ElBaradei has been groomed and is in place in the wings, as is the Amerikan takeover of Libya. Even the mainstream press is acknowledging these manipulations  as if they know the Egyptians or Libyans won't go for the obvious set ups.

The PTB's are drooling to takeover and confiscate Libyan assets as we speak.

It's almost as if everyone's watching these events knowing it's a movie...but also that it may not stay on script.

Weird, and wonderful. Maybe we're not following "the script"?

When the so-called "founding fathers" called for their revolution to overthrow King George's "oppression", fact is that a paltry percentage of less than 15% of the then "revolutionary" Americans were reported to have rallied to the cry. A very similar percentage to how many wanted to enter WWII before Pearl Harbor. Minimal. Yet after appropriate false flags, provocations and propaganda the manipulators get their way.

Apparently most of humanity would rather not get thrown into a violent conflagration of questionable cause and origin. Sound reasonable? I think so. In fact, it's basically sanity vs insanity.

In America, did it pay to "revolt" and sacrifice millions of lives in order to "avoid taxation"? Was the fresh, new government really "by the people, for the people" as promised? Is any government whatever it promises? What is different today from English/Oligarchical control?

Something to think about.

Yet with bold staged events such as the Boston Tea Party and Paul Revere's ride, both Freemasonic brotherhood creations, the myth of freedom through violence was perpetrated, and still is to this day. What was attained at the cost of tremendous human suffering was eventually just another manipulative system at a fierce cost of human life, celebrated as shortly as the jubilation of a sports win.

It's Way More Than All This!

But there is something much more profound happening that is giving these "surface" events validity and seeming "purpose".

There is a deeper awakening, and this is the one "they" don't want you to know or talk about. It is a marvelous, spiritual and incredibly empowering awakening. And it happens parallel to these dramatic historical events, and even more so without them when humanity has the freedom to engender love and understanding, anathema to our would-be controllers.

How many people have you talked to recently who've "woken up" after losing their wealth in the recent downturn? It's a free ticket off of the treadmill. That's a good thing. Stop and reassess and see the illusion for what it is. Then get out of it.

It's similar to losing your health, when death or drastic loss is seemingly at your door, do you worry about others' opinions? Do those facing life-threatening circumstances think about how much "stuff" they have?

It's really that simple. Humans have a spiritual essence and it is truly the enemy of the controllers, whoever or whatever they are. The natural, human powers of love, of kindness, of spiritual progression, of manifestation through intention, threaten the controlling "powers that be".

That's where the real war is taking place.

Why do you think humans are bombarded with manipulated fear and conflict, television "programming", educational distortions, altered foods, air and water? What are the controllers afraid of?

We Are Waking Up

Yes, in spite of the onslaught on our bodies and the deluge of disinformation and manipulative false knowledge humanity is waking up.

Never think you are a small voice for truth...you are THE VOICE for truth. Speak up, be true to your convictions, be loving, be honest.

We are the change we've been waiting for. Pass it on.

Good points, John.  Despite the Illuminati's powerful controls, they are incredibly frightened of us.  They think we're all just stupid sheeple, but if that were true, they wouldn't be hiding in the darkness of deceit like cockroaches.  We are blinded by generations of their systematic programming, as well as our own simple quest to live happy, lives.  To imagine a pathological fixation to dominate and control 99% of the world population - a plot so single-minded and evil that it spans hundreds of years - is beyond most people's comprehension.  That doesn't make us stupid... naive maybe, like a child who is blissfully unaware that there is danger in the world.  Those pure in heart may be slow to recognize evil, even as  some may intuitively know that something smells fishy.

Yes, people are awakening up, and the solution to the problem appears to be a spiritual one.  If we would only unite, together we could defeat their dark agenda.  Remember, "divide and conquer" is one of their methods.

For now, this pathological cult can do nothing without our compliance, for there are too many of us to subdue.  They study us carefully, computing our motives and reactions, in order to steer us with minimal error.  As we accept more and more outrageous and blatant scams, we appear to be sinking deeper under their spell.  Accepting their outrageous claims for 9/11 and WMDs in Iraq, tolerating massive bailouts and tax cuts for the filthy rich, submitting to TSA molestations, surveillance cameras, etc. etc. -- each of these reinforce their notion that we are easily manipulated.  Like the frog in the pot of water, they're attempting to bring us to a boil without raising suspicion, by turning up the heat very gradually.

But we are not frogs or sheep.  We are complex human beings with sophisticated brains, intuitive hearts, and immortal souls.  I believe the Illuminati underestimates the human spirit and that will be their undoing.  This magnificent spirit surfaces whenever we collectively discover our lives have drastically changed.  It manifests as love and compassion for our fellow man after natural and manmade disasters.  It exists within each one of us all the time, but it often takes a tragedy to awaken it.

Victory requires us to recognize that we are more alike than we are different, and that coexistence amongst ourselves and with nature is not just preferable, it is essential to our survival.  Only when we collectively claim our divine right to live on a healthy, peaceful planet will humanity be free.

No amount of darkness can put out the light of a single candle.  You are that light.  Let it shine!