Duck diving in the 'Fountain of Youth'

Hi all, I thought I'd share with you something that was shown to me in a meditation.  You probably already know about it and it could seem lame but in the short time I've been working with this idea it has been having very positive tangible results for me.

In my meditation, I was taken to a most beautiful fountain, with water gushing over a number of cascades under a brilliant light.  I understood the fountain to be a fountain of inspiration, unceasing energy, a perpetual renewal, a 'fountain of youth.'  I was told that to 'become with' this perpetual renewal all I had to do was to say 'I choose happiness'  THAT SIMPLE!

In a 3D world this may seem Pollyanna-ish but it has occurred to me that (similar in intent to the 'Go-Gratitude' program) the act of choosing happiness, despite all of the apparent reasons to be fearful, is to transcend the illusive nature of 3D existence.  A 3D definition of happiness might be something like,' when all conditions are favorable to my being, I experience happiness.  This implies that happiness is a byproduct of random circumstances coming together.  However, to choose happiness is to acknowledge that we have control over our response to a situation (remember the TT lesson, 'it's not what happens, it's what you do about it').

It may seem callous and uncaring to choose happiness in the face of poverty and the personal suffering of the many but choosing happiness is to acknowledge the perfection of each moment as everyone's Karmic dance is played out.  Therefore, in spite of all that is 'wrong' and all that is 'right' in life (judgements I know I ought not make) I choose to be happy.  As one, Rob.

This is a great reminder.  Thank you.  And thank you for sharing your dream with us.  I've never heard of that visual image before, but your description of the fountain is one that I think will stick with me.

The reason this is timely for me, is that I had this same discussion with my son yesterday afternoon.  He has a tendency to see the negative in situations.  Yesterday, after a long weekend of fun activities and parties, he wanted to go to a local water park.  When I said no, he told me that it was the worst weekend ever.  I told him that he will always be as happy as he wants to be.  If he wants to see all the bad, then he'll probably feel bad.  If he wants to see all the good, then he'll feel good.  I went on to say that we can always choose to feel happy, even when things don't go our way.  Not sure how much will sink in with him (aside from the message that mom wasn't going to listen to his sob story any longer), but it was good reinforcement for me.

Much love and light,

Choosing Happiness the doing of Joy is a way in which to cultivate Peace within.  For that which is cultivated within becomes throughout.

Also, simple is better.  All of the natural world exists with simplicity.  Keep it Simple Silly!  LOL

The waterfall image was something Jan used in Souls of Distortion Awakening when describing the constant flow of energy in the ever moving Aether sea of energy we are always "swimming" in, whether we are knowing of it or not.  Jan spoke of how a waterfall can look so still from a distance, but then you get up close and its a raging torrent of constantly flowing energy dance of water and gravity.

The other synchronistic thing is that I just began reading another PDF book found on scribd.com called Kabballah, Science and the Meaning of Life.  It is a book written by Rav Michael Laitman, PhD., the last of the Mohicans, so to speak, as he worked for 12 years with essentially the son of the last authentic Kabbalist in the tradition of Abraham (the first authentic Kabbalist). (Rabbi Yehuda Ashlag is the father - Rabbi Baruch Ashlag is the son Rav worked with).  I used to be a little wary of the word Kabbalist out of ignorance, but after reading the core message and intent of Kabbalah, I see this ancient teaching as very complementary to all other ancient traditions that are gaining recognition in scientific circles these days.

The reason I brought this up here is because the absolute essential core message of Kabbalah is about exactly what Rob is referring to, an evolutionary process of the ability to "receive" for consciousness manifestation at all levels.  This is "it" in its most simplistic fundamental definition, but includes the dynamic power of becoming the giver too as a way of mimicking the Creator after much descending toward a sense of separation and free will, that all of this dynamic of experiential knowledge required a descending to a place that, although never ever removed from First Source, Creator, is still fully able to "feel" completely like Being being separated with free will, thus creating the extremely powerful and convincing catalyst for an even greater experience and expansion of the Creator's will to give, and this to infinity.  The ability to unabashedly receive without inner conflict is so so fundamentally key in the process of what we are doing here.

This also brought up in me the memory of what RA was talking about when describing black holes in the Law of One sessions when RA described them as unconflicted union and Love with Creator, that all of that rushing toward singularity and indescribable density is a physical manifestation at one heck of a grand scale of the very thing Kabbalah is speaking of - unconflicted union with a giving Creator....  If anyone would like a PDF copy of this particular PDF for their computer library, send me an email at [email protected] and I will attach a copy to a return email.... 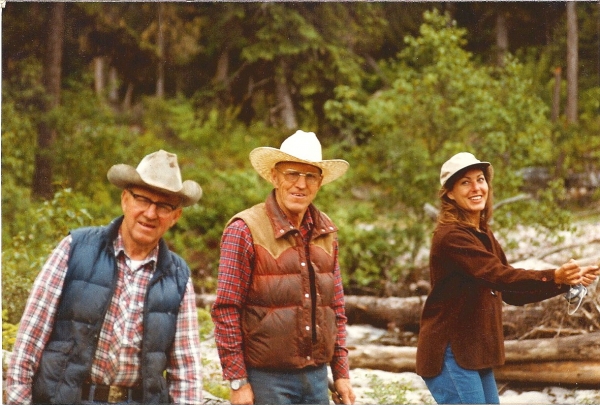 Thank you Rob!  These synchronistic moments have become a seamless fabric of a continous unfolding movement.  Recently, sorting through some stuff I came upon a photo from the early 80's that was like the swift slap of a Zen master.  I was Ahhh'ed  and remembered that all of this time and travel and seeking was an affirmation of what I learned from a couple of wilderness horse-packers during our long mountain travels:  If it ain't broke don't fix it !

I believe now, that our natural state is a calm abiding in happiness and what I learned almost thirty years ago is that everything I need to know exists in this novel moment. It's that simple!

What is the duck diving all about? Were there ducks in your meditaion? If so what would they symbolize?

Rovin will probably jump on here at some point but I was wondering if Duck diving is an Australian term.

A duck dive is when you are floating at the surface, and then you just dive straight down... like a duck when he dives for fish.....

Its was refreshing to have your simple post waft down from the mountains into the midst of the lowlands' hubbub.  Had an image of you, with your horses under the Big Sky, being with each moment in a simple way, with nothing lacking and nowhere to go.  Seamless, you say.  When all is said and done, what more could there possibly be?

just something simple that came to mind about ducks while reading this....

you discover underneath they can be paddling like crazy to get where they're going or even to simply stand still....depending on water current etc...

is there a message in that? maybe! think i'll ponder that for awhile.

Another little thing about the duck that I thought goes by unoticed is that they are fast!....... they hold positions 6 and 7 in the worlds fastest birds!.......